A PROJECT OF HOPE FOR
THE LOVE OF RHINO

No one needs a rhino horn, besides a rhino.

The rhinoceros – have graced the Earth peacefully for more then 60 million years. Africa’s rhinos continue to decrease in numbers and are now risking extinction during our lifetime. It is safe to say that the illegal killing of these magnificent creatures won’t end with rhinos – elephants and lions, tigers and leopards, face the same faith, then what?

If we don’t want to explain to our children, that will inherit a planet without rhinos, big cats or elephants how we could let it happen. If we don’t want these majestic animals to only figure in books like dinosaurs. Then we have to do something – and we will have to do it now!

The rhinos future is ours to take into consideration. With poaching for illegal trade, at a rate of one rhino every eight hours, in South Africa alone, we can’t expect to sustain that for long. More of these African icons are now being lost to poachers every year than are being born. Neither governments, international organizations or private companies can tackle this enormous task alone – it will take action from all of us to fight back this highly organized criminal activity.

A story of Hope for Rhinos.
Leading conservation and tourism companies Great Plains Conservation, with co-founders Dereck and Beverly Joubert, award-winning filmmakers, conservationists, and National Geographic Explorers-in-Residence and AndBeyond have teamed up to undertake a relocation of rhinos on a magnitude never done before – 100 rhino will be moved from South Africa to Botswana, this relocation operation will take place with an assertive and elaborate anti-poaching force and strong commitment to save this species. This initiative is about taking rhinos from existing, high density populations which are attracting more and more poaching, and releasing them into the wild within a country that has low densities of rhino and the best anti- poaching record on the continent. It also secures rhino breeding diversity and provides a nucleus of stock in a different location.

The estimated cost to move one rhino from South Africa is USD 45 000. The fundraising is focused on fundraising specifically for the travel part of the initiative.

Post release assistance has be given to the Botswana authorities to secure and monitor the rhino. The initiative will work with top experts in rhino antipoaching, together with some of the best minds in technology and security, as well as in conjunction with the Botswana Defense Force and Ministry of Environment.

The communities are the eyes and ears on the ground and the project aim to make the citizens of Botswana partners in protecting their national resource. 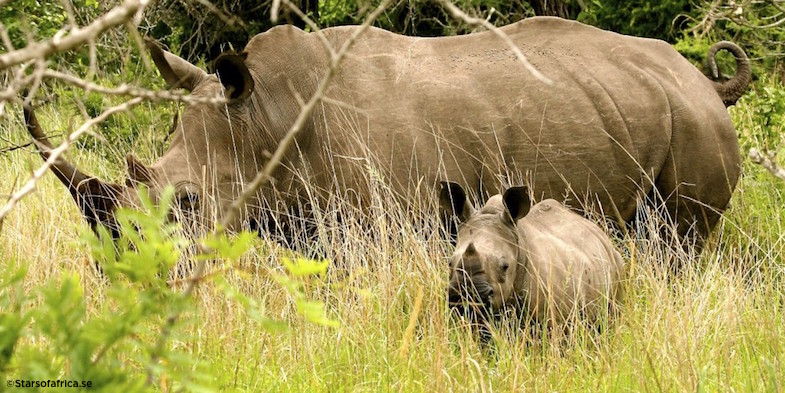 To learn more and to make a difference, help save a rhino: www.rhinoswithoutborders.com »